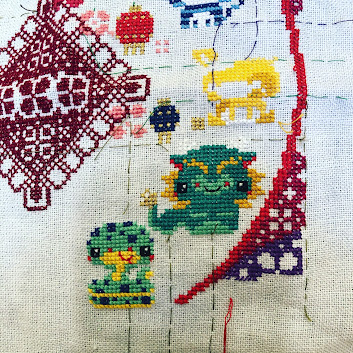 I am WAY behind on the Chinese Zodiac SAL by The Frosted Pumpkin Stitchery and I hate being behind. Month six was released yesterday and I haven't even finished month one. I have scheduled in 30 minutes every day to work on this piece and at the moment I am working to catch up on the animals. I am trying to finish on per week and have finished the tiger, and snake so far. The snake was my objective for this week, so I now plan to fill in some of the bottom right fan so I can work on the bottom left fan next week. I want to do this so that I have reference points in the three quadrants that have been released so far. 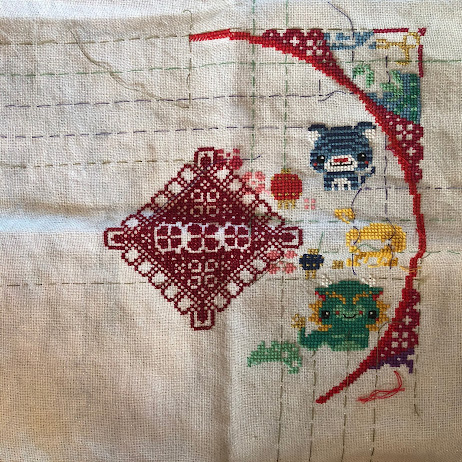 And I've joined another SAL with Stitchonomy on Facebook. The frame for the 31 little Halloween pictures was released last week and I am almost finished the frame so I can set it aside until 1 October. I just have the top border to stitch.  Visit the Facebook group to see some fabulous hand dyed threads and linens being used for the frames. I a using a plain black DMC thread on a grey linen. 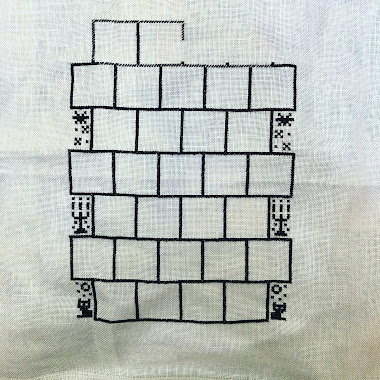